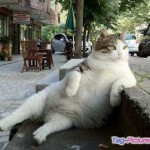 Over here at NCIA we often rail on about the apparent shortage of radical voluntary organisations. But maybe we wouldn’t be so surprised if we took the trouble to find out who is running these groups. This is what Mike Barker does in an incisive article called the ‘The Austerity of Charity’. Mike charts the way in which the fat cats like city bankers, venture capitalists, directors of privatisers like Virgin Health and Carillion and the big consulting firms get brought in to do their good works as trustees of groups like NCVO, ACEVO, Future Builders and the Mayor’s Fund for London. These people will, of course, bring with them their own views about the causes of poverty, inequality, etc. etc. which will likely have little to do with the ways in which they earn their (usually not inconsiderable) living. You can catch the dirt here.