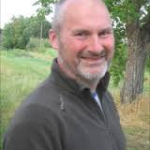 Here’s the latest in our series of essays as part of our Inquiry into Voluntary Services. This comes from Simon Duffy of the Centre for Welfare Reform, and Campaign for a Fair Society, who argues that our defence of the Welfare State needs to be rooted in the idea of equal citizenship.

Reaching into the traditions of conservatism, liberalism and socialism, Simon draws out common threads of support for such a definition and argues that “we can make that definition plausible and attractive to a diverse range of people who may disagree about many other things, but who may still agree to the central purpose of the welfare state.” Herein may lie a key to mounting an effective defence of the Welfare State – new forms of alliance across the political spectrum “founded on real human experiences and aspirations, nor empty rhetoric”.