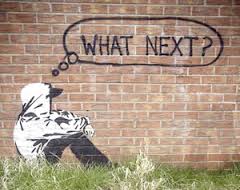 “We are currently witnessing a ruthless colonisation of the world of voluntary action, led by pure ideology  from neo-liberal economics” says NCIA’s Adrian Barritt in the Observer 29.12.13. http://bit.ly/1cgyuEn

Folk at NCIA are always busy, noticing what is happening in the world. Over the holiday period Adrian Barritt, from Adur Voluntary Action spotted this article about the deficiencies of markets and capitalism http://bit.ly/1eljp47

Quick as a flash, along with other commentators, he made the link to what’s happening in our world of voluntary action and how its basic values are the antithesis of a market economy. “Hence, the voluntary sector is in a good position to add its voice to the growing chorus of challenges …….But will it? Certainly not if it relies upon its national “leadership” bodies, whose limp pandering to the government and private sector throws petrol on the fire.” He ends on a hopeful note, pointing to challenges from local groups, as well as from NCIA.

So, let’s start 2014 on the same note: show there is an alternative to markets by adding your name to the NCIA declaration http://bit.ly/19xzIe2