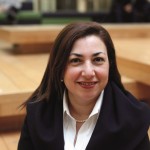 The government’s largely discredited ‘Big Society’ mantra promised to strengthen the capacity of civil society. More evidence of the empty rhetoric that surrounds the idea now comes from LSE’s Armine Ishkanian.  In an article published in Critical Social Policy, Armine examines how “…. The Big Society agenda, coming alongside public spending cuts, is affecting the independence and ability of the women’s organisations to engage in progressive policy shaping.” Using the domestic violence sector as a case study, her conclusions are that the Big Society agenda has actually created a situation where “….. the independence and ability of civil society organisations to engage in progressive policy making is weakened.

Material from her interviews includes one chilling extract:

“The dynamics of the statutory and voluntary sector partnerships in the domestic violence field mirrors the dynamics of an abusive relationship with the voluntary sector in the role of the victim. Voluntary organisations are over-ruled, ignored and often even threatened. I have sat in a meeting and witnessed how a voluntary sector representative was trying to take the local authority to task for failing to follow its own policy only to have the strategic lead for domestic violence stare her in the eyes and say ‘Do you want funding for next year? Then I suggest you shut up.’ (11 January 2013).