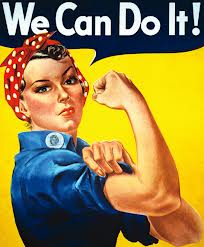 Wheels for Wellbeing, established in 2007 is a disabled-led organisation aiming to ensure that disabled people can cycle where they want, when they want. It is based in Southwark, Lewisham and Croydon and mainly serves south London though its provision is open to all in the capital and offers a cross-London network for coordination and campaigning.

The organisation’s services include:
– Providing information about inclusive cycling via phone, email and a website.
– Providing inclusive cycling opportunities in south London for disabled people through owning and making available a large fleet of standard and non-standard cycles.
– Running four drop-in open access cycling sessions a week plus bespoke sessions for specific groups.
– Taking its bikes to interested groups to promote inclusive cycling to people who might not be able get to its sessions.
– Developing policy and campaigning activities to broaden understanding that disabled people can and do cycle.

Wheels for Wellbeing is a registered charity and company limited by guarantee. It is run by a management committee, has a director and six other office staff (mostly part-time), employs nine cycling instructors and has some fifteen volunteers.

Past and current funding
The organisation’s projected turnover for the present financial year is c.£290,000.

The organisation’s main sources of funding currently are:
– The Big Lottery Reaching Communities Fund. (Ends April 2014)
– Sport England Inclusive Sport Fund. (To March 2016)
– Lloyds Foundation for a stakeholder involvement post to help better demonstrate the project’s impact and to ensure it better understands and serves users’ needs. (One year remaining of a two- year grant).
– Awards For All (a one off grant for a specific project, now ended).
– A number of small charitable grants and donations.
The project also generates approximately 10% of its income by charging participants £3 per person for drop-in sessions and for additional bespoke sessions for specific groups.

Only one public sector body currently funds the organisation – Lambeth Council through its Short Breaks funding contract. Originally agreed as a three-year contract, this now operates on one year renewable basis with re-tendering pending.

In 2012 Wheels for Wellbeing, encouraged by the relevant specialist council team, also considered bidding for funding from a second London Borough (where they had had a small contract for 3+1 years). However, it eventually decided not to bid because the contract criteria were set too narrowly. Furthermore, procurement rules and practices did not allow for its suggestion that the Council might facilitate partnership building between potential bidders. (WfW would have considered acting as a sub-contractor to other bidders but was not aware of who might be bidding).

Future prospects and planning
– The Mayor of London’s £900M fund for cycling may be a source of future funding. WfW have had discussions with the Mayor’s team who have expressed interest in supporting their work, though as at March 2014 this was by no means guaranteed and there was no clarity as to what process might lead to funding.
– At that stage, too, the outcome of a new bid to Lottery Fund was seen as critical for the organisation’s future.

As fund-raising had become increasingly demanding for the Director and other staff, the organisation was planning to employ a specialist fund-raiser, funding this out of reserves in the first instance.

Surviving independently
To date, Wheels for Wellbeing has felt secure in its independence. It is viewed as providing a non-controversial service which is to some extent underpinned by the Equalities Act, provides a range of health and other benefits – and is seen by policy-makers as supportive to many of their aims. However, this ‘reasonably benign environment’ could change as it moves beyond offering its basic services focused on enabling disabled people to enjoy the occasional safe cycle ride to taking on educational and campaigning roles with and on their behalf. Increasingly it could find itself adopting positions which challenge dominant perceptions of disabled people and narrow assumptions about what they can and should be offered. Moreover, this could happen not just in relation to cycling per se but also on key broader issues for disabled people such as transport, leisure, care and other support services they might need to access cycling opportunities to the full.

These more outgoing positions are for example likely to include:
– Working to make links between the needs of disabled people and other groups of cyclists – parents with children, traders looking for a greener form of transport – who are also demanding safer conditions, fewer barriers, easier access and increased spending.
– Seeking to influence statutory policy-makers and funders such as the Mayor of London’s Office and Transport For London, The DfT, local authorities etc so they give greater priority to disabled cyclists within their generalist cycling policies and initiatives.
– Urging the main national cycling bodies such as British Cycling and the Cycling Touring Club to give disabled cyclists greater dedicated attention.
– Challenging the attitudes of motorists’ – and indeed of other ‘macho’ cyclists – when perhaps slower disabled cyclists begin to appear regularly on the roads and in cycle lanes.
– Advocating for more research on the needs of disabled cyclists and how these can be met.

As these activities take Wheels for Wellbeing more proactively and deeply into policy-making territory – both statutory and charitable – the organisation is aware that it will need to be alert to the risks of being manipulated by more powerful actors and interests while seeking and taking advantage of the opportunities which wider alliances might open up for disabled cyclists.