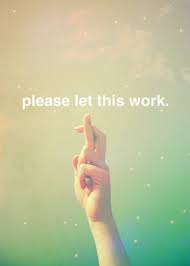 “Children Matter”, set up 14 years ago, aims to support children by increasing community activity, building networks, improving lifestyles and reducing isolation and poverty. Using a model designed for a rural area, it undertakes outreach work with vulnerable families, providing support in their own homes and communities. Since setting up it has also offered a range of group activities which provide a safe space in which parents and their children can get support and signposting and develop relationships and networks. Visits are made to families both before and after group activities with a view to increasing their emotional and financial resilience, strengthening networks and promoting independence.

Covering one large city and a 500-square-mile rural county, the scheme has a voluntary Management Committee of six trustees and nine advisors. With an annual turnover of £140,000 it employs a full-time manager responsible for funding, management and strategic planning, two co-ordinators to support some 80 volunteers and families, an office manager and admin assistant.

Their story was recorded in February 2014 by Bernard Davies.

Past and current funding
The service had a 3 year service level agreement with one of its local authorities which ended some three years ago when, from a short list of large charities, the authority decided to award the relevant funding to a single national provider. “Children Matter” has also submitted an occasional tender to the city council. However with no current statutory funding, it has relied almost exclusively in recent years on Lottery bids.

In an environment of limited funding opportunities (especially for a wealthy rural area where poverty is usually hidden) and of increasing competition for the funds that are available, the project is currently “limping along” financially. After a failed Lottery bid at the end of 2013, it is now dependent on some small grants, local fundraising and donations and its reserves.

Future prospects and planning
With the “statutory route closed off”, the project is awaiting a decision on a further Lottery bid which, assuming this gets through stage 1, is not expected until the summer of 2014. If this is unsuccessful, the project will almost certainly be wound up as those involved – almost all volunteers – would be unlikely to want to commit to the hand-to-mouth existence which would then be its only alternative.

If the bid is successful, the service has a well advanced and costed plan, based on year-long research led by the Manager and a core group of Management Committee members, to develop as a social enterprise. With the Lottery grant taking the pressure off the need for core funding, the committee would have time to create a substantial retail arm, with a central base collecting a wide range of goods and then distributing them to a number of shops, each with its own specialist focus, located in the communities served by the project. An e-commerce arm would also be developed. The initiative would link into the project’s core activities by supporting cottage industries and self-employment, locating training courses in the central base, offering crèches, interview rooms and other relevant facilities in the shops, and providing opportunities for some of the parents using the scheme to gain new skills. The initial aim would be to realise an annual surplus of £20,000 per ‘retail/training hub’ to be supplemented by grants, legacies and donations.

Surviving independently
Two years ago the project took an explicit decision not to bid for Troubled Families’ funding despite feeling pressure to apply. It saw the programme as potentially “a poisoned chalice”, offering too little money to get the results expected, with the problems to be tackled not solvable in the required timeframes, particularly in rural areas.“There was a strong feeling we should go on being what we want to be”.

More generally its view is that: “We’ve been lucky we didn’t get statutory funding and have been able to get funds in other ways. The Lottery funding has meant we could stay completely flexible and stick to what we were set up to do and to respond proactively to the needs of our local families and communities.”

The plans to become a social enterprise are seen as the best – indeed the only – route to surviving as an independent organisation, though whether that can be achieved depends almost entirely on whether the latest Lottery bid is successful.

The Project did not get its lottery bid and was due to close in November 2014. However at the last minute an anonymous donation enabled it to continue until the outcome of a couple of other applications was known. Nonetheless, it has had to reduce staff hours and therefore the number of beneficiaries by a third. In December 2014 it got news of a successful funding bid which will allow it to carry on for another year. Its long term survival, however, still depends on it securing another lottery grant and pursuing an enterprise plan.

“It has been tough and there is still a chance we will close. However, on the positive side it has made us look at what we offer, who we can partner with and how we can have a more diverse funding model. We are lucky as we have a strong and committed trustee and staff team. Without that we would have given up six months ago.” (Manager)

Note: To ensure anonymity, the name of the organisation and other potentially identifying details have been changed.