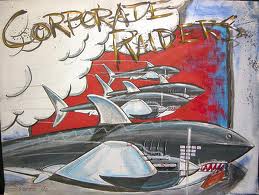 We are not alone. The UK scene of privatisation, corporate take-over and a fearful, if not, colluding voluntary sector is far advanced in Australia.  NCIA’s Penny Waterhouse has been talking to Colin Penter from her home town in Perth, Western Australia about how it looks to them at each end of the globe.

Letter to NCIA Greetings from Perth Western Australia. My name is Colin Penter and I live and work here in Perth. I want to congratulate and thank you and all your colleagues at NCIA for all the work you have done with the Inquiry into Voluntary Services. I am working my way through the body of work and evidence base contained in the Reports, which is far reaching and of profound importance. You have all done a magnificient job that will provide a resource for people outside the UK grappling with the same dsytopia you all describe. The Inquiry findings are directly relevant to what is happening here in WA. I am active here in Perth with others (where I can find them) to highlight and challenge the ways that market fundamentalism (neoliberalism) and corporate rule has colonized large parts of the community and social services industry here in Australia, including the work of NGO’s and NFPs and civil society and community groups.

Here, these issues are only discussed behind closed doors or not discussed at all. As a freelancer, people in the sector are willing to discuss them with me, but rarely are they raised openly in public forums. We don’t yet have a critical mass of people as you do with NCIA, and the tertiary sector tends to be dominated by people and institutions informed by and who promote the market driven approach. People are so focused on survival and daily demands of keeping their agency running and responding to ever growing and more complex need with less and less resources.

As background,  I run a small social policy and social justice consultancy that works with Government and non-government agencies and also  as critical social researcher, activist/campaigner and blogger. My working career has been in and around the NFP industry.  I am also active in campaigns against corporations and market fundamentalism in the public sector and human and community services.  I convene a network called Serco Watch which exposes the operations and activities of Serco and other corporations who deliver public services. Serco is an immensely powerful player here in WA, particularly its political influence. One of the issues I am researching, investigating and campaigning is the escalation of corporate and business colonization of the human and community services sector.

In some sectors here in WA and Australia, the corporate sector is now a dominant provider- child care, employment services and services to the unemployed, aged care, education, health services, criminal justice and prisons, VET and tertiary education, housing, public transport, immigration detention. I am trying to track and monitor the corporations operating in these sectors. In other sectors we are witnessing a rapid expansion of corporate providers as they eye off opportunities presented by new social policy initiatives and policy reform such as the National Disability Insurance Scheme (NDIS), social impact bonds, social enterprise, social investment, welfare reform, child protection reform, disabilities, income support.

There is an incredible naivety amongst many in the NGO sector about these corporations. We also see active collaboration and partnerships between NGO’s and these corporate providers and other large corporations such as mining and resource companies who are immensely powerful (and who come bearing gifts- money) in this country and philanthrocapitalists who have made big money out of the mining and resources boom of the last 2 decades. Of course many of these corporate providers will be familiar to you- Serco, G4S, Ingeus, Maximus, ECH, Ramsays Health Care, BUPA- to name just a few.

Reading the Inquiry reports I note there was mention of the growing influence of corporate providers in a number of reports, although no specific report focused on the issue of the corporate takeover of human and community services and the colonization of the NGO world by large corporates as specific issue. Was any thought given to such a report or is anything planned? Given the global nature of many of these corporations. I was also wondering if there was some way to set up a global network through NCIA of people working to investigate, expose, inform and challenge the role played by these corporations in the social policy/social and community sectors in which NGOs operate.

I look to forward to hearing form you.

Letter to Australia ….Hi Colin, so very good to hear from you. in many different ways: heartening to know that we are not alone in our struggles; that what we’re doing is of use to others; that there are others trying to stop these juggernauts; to know what is happening elsewhere.

Your picture of Perth/WA (and rest of oz?) is so very recognisable. And it really is a struggle to tackle it. After 9 years of trying to organise people and find allies involved in voluntary action, including voluntary services, we still feel very isolated and marginalised. We’ve succeeded in getting the field to agree that there is a problem (a danger to self determination) but are very very far from people understanding that this is because of the march of neoliberalism or that there are problems with markets. Indeed, with the rise of “social enterprise” there are individuals/agencies who think it’s a good idea to bring “new thinking” of markets/business practices into civil society. The race to privatise our public services is still not understood, let alone within the voluntary sector who don’t understand that they are participating in the dismantling of our welfare state.

The real opposition to what is going on is not to be found in voluntary services, but in small groups of single issue activists, working on the basis of mutual aid and direct action. They get little support from charities/voluntary groups who don’t dare put their head above the parapet in fear of losing their place at the establishment table or losing their funding. We try to connect up the pissed off individual voluntary workers (we call them subversives) with activists, but it is very adhoc. Recently, we launched a campaign with Boycott Workfare, to oppose workfare and benefit sanctions (do you have this in Oz?), by persuading voluntary groups to boycott compulsory community placements (www.kvv.org.uk) This is proving a more fruitful endeavour, as it’s a concrete issue which people can understand. Trying to organise on the basis of such abstract notions as “self determination”, markets, ideologies, is proving much more difficult.

And we’re rather dispirited and gloomy. We can’t see an end to all this, or where the  opposition, in the numbers needed, will come from. Hence being invigorated by your email. Solidarity really does make a difference.

What we’re actually seeing here within civil society, is the de-coupling of radical impulses and philanthropic/charitable activities. The latter becoming part of the new privatised welfare state willing to act as poor law guardians within a framework of punishment and sanctions for state-defined poor behaviour by the poor. The former returning to the likes of the diggers and levellers, or to act as sources of resistance rather than creation of alternatives.

We have really struggled to identify alternatives to what we see, which can act as a rallying call or manifesto. What is needed is for people to act on for themselves in their own space, deciding for themselves what the most effective action is in their situation. What we want to say is “do what you think is right, to safeguard community rights and well-being”. But that is so motherhood and apple pie. So we’ve kept quiet and concentrated on alerting people to what is going on and why – acting as witness and engaging in unsettling behaviours, to jolt people out of the “new normal” in the hope that once that is done, good people will find their own way to solutions. Your picture, of dialogue behind closed doors and not getting critical mass, is just the same here. It’s very hard to get people to speak out – individually or organisationally. There is much fear which stops action, apart from within activist groups.

I routinely visit Melbourne and have picked up a little how things are organised in Australia. It appears that there has always been a mixed social economy of state/private/voluntary services, unlike UK where post war public services historically have been seen as the preserve of the state. Have I got that right? If so, that makes it particularly difficult for you to make an argument that markets are dangerous in the social economy. And of course, it means that the takeover by the global corporations, such as Serco, will be further advanced perhaps than in UK (or at least the infrastructure and zeitgeist will be). We’re only now seeing this take over in UK – through privatisation of public services, especially our beloved NHS. It’s only in the last year or so that voluntary groups are becoming sub-contractors on a large scale to such companies. It’s interesting that this doesn’t come out clearly in our reports, because we do see this as part of the dominant trend for voluntary action. What is actually happening is that the local small/medium groups are declining, as the partnership between corporate private firms/corporate national private sector lookalike charities increasingly takes hold at a local service level. Interesting idea to get a voluntary sector “corporate watch”. I’m not sure how much existing campaign groups pay attention to the co-option of voluntary agencies by corporate power.

And the future? NCIA is in the process of “closing down”. We’ve done what we set out to do – alert our world to what was happening and attempt to mobilise against it. We’ve succeeded on the former and failed on the latter. It seems that our colleagues don’t want to mobilise or rescue themselves, let alone their beneficiaries/communities and we have failed to persuade them otherwise. The latter is sad and depressing to conclude, but it’s our experience of the reality. Organisations should only exist if they have a point. We no longer do. Any further NCIA-type activities needs to be done in another way and more likely based on an activist model of true voluntary action, with a different shape or through specific “projects”. One of which might be our Localism Watch which is run with Open Democracy. https://www.opendemocracy.net/ourkingdom/collections/localismwatch

For my part, the experience of the last 9 years, and what I am now confronted by, tells me that the future for what I care about – a fair society – rests in the hands of activists (like your SERCO watch) & grassroots campaigns, not voluntary or community services who appear to have relinquished their social justice role and are now willing to act as servant to neoliberalism. I’m also not a great believer in research, evidence and the written word as a means to change the world. When did written evidence ever prompt people to do the right thing? That is not the view of all my fellow NCIA-ers. Those who have come from the “service industry” want to hang in with them, because of the vital role they play in supporting individuals. And many of them see the written word as a radical force.

But, keep on keeping on ….as the poet said