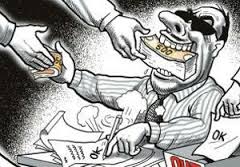 NCVO is accused today of harming voluntary groups and the communities they serve. In a forensic examination of NCVO activities over the last decade or so, Les Huckfield shows how NCVO has made voluntary agencies subservient to Government policies and begging for crumbs from private corporations. As damaging to the reputation of NCVO is the claim that their offer of £100,000 to a new Barings panel is in fact to silence the criticisms of voluntary sector leadership made by the Barings Panel on the Independence of the Voluntary Sector.

According to Huckfield, “large numbers of those paying NCVO subscriptions feel cheated and poorly represented. Here’s hoping that thousands of them will either cease paying their dues or at least make it clear that £100,000 could be better spent representing the genuine aspirations of members rather than buying off critics”. Read the sorry tale here NCVO –  the National Culling of Voluntary Organisations